As a person who is renowned to be an outspoken advocate who is unafraid to tackle sensitive issues head on, Charles Lewis (Charlie Spice) 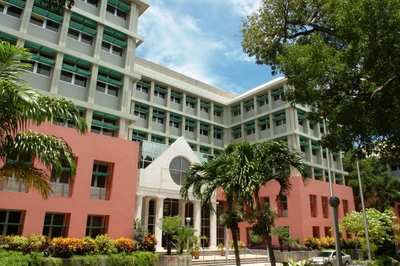 was approached by a group of very distraught citizens of Barbados to become their spokesperson in their campaign to determine if there is legal standing to bring a class action lawsuit against the National Insurance Scheme (NIS) and by extension the Government for breach of trust and the mismanagement and misappropriation of NIS funds.

If legal basis exists, this lawsuit would demand that the Board Of Directors of NIS provides the complainants with the following information.

This class action will seek to obtain compensation for the financial, emotional, psychological and other damages suffered by claimants as a result of the actions of the Board Of Directors and the government of Barbados.

This civil legal action is unpresented in Barbados and perhaps the wider Caribbean, and could result in hundreds of millions of dollars in compensation. If there isn’t enough money to adequately compensate complainants this action would seek to leverage government property assets.

For far too long, the people of Barbados have been too passive and failed to stand up for their rights, particularly when it comes to government corruption, nepotism and poor governance of this country. This lack of self representation and preservation dates back to the days of slavery when our inability to unite and rise up against our oppressors has given us the reputation as the Perfect Slaves.

The devastating impact of the NIS crisis has become the catalyst for change.

Lewis says, “When I was first approached by this group of concerned citizens to be their spokesperson, my initial reaction was to turn down the offer. But I quickly realised that I would be doing a disservice to my country and my fellow citizens.

“My failure to accept this responsibility would be tantamount to engaging in the very same hypocrisy that I have vehemently spoken out against for many years in my advocacy campaigns. Therefore, I consider it my duty to represent the interest of anyone in Barbados who reaches out to me for help on any issue, irrespective of its political sensitivity.”

At this juncture, there is a need for an independent inquiry to determine if the decisions of the government to invest NIS funds were lawful, unlawful or incompetent. This in turn would determine if there is legal standing for a class action lawsuit.

There is an appeal to all citizens of Barbados who are directly affected by this NIS crisis to join this campaign by contacting Charles Lewis (Charlie Spice).

An Attorney has already been consulted for advice on this matter.